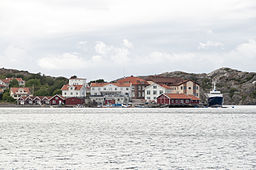 The 10 day course was held in Kristineberg, Sweden in June 2015 at the Sven Lovén Centre for Marine Sciences (see picture) and was attended by ~30 expert users from academia and research organisations in Europe, India, America & Canada and Australia. As well as presentations and sessions given by experts in their field from both academia and industry, users also had the opportunity to work with the sensors. Skype presentations were also given by Chrysi S. Laspidou from the SMS Oceans of Tomorrow project and Eric Delory from NeXOS.